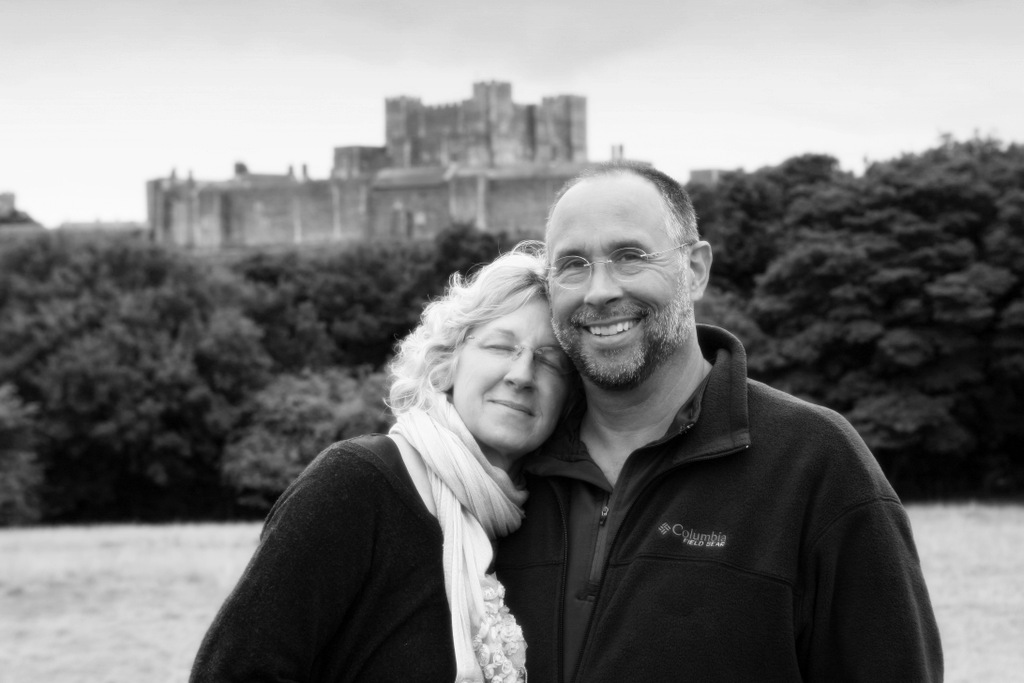 We call it “The Susan”

Susan and I met on a commuter train 34 years ago, and from the very first I was gobsmacked by her creativity.  She was special then, and has become more special every day since. I am, quite simply, the luckiest guy in the world because of her.

When I met Susan, she had just moved to Illinois from Northern New York. I fell in love with her immediately.  She was unlike anyone I had ever met.  She was playful, yet intelligent. She was hilarious, yet serious. I have spent a lot of time around some pretty driven people, but Susan had a special drive that I hadn’t seen before. I have often said that she is the most competitive nonathletic person I have ever met. Susan competes with herself, and she gets things done against all odds. She had her heart set on going to school at DePaul University, so she managed to land a job downtown that paid enough for an apartment and tuition, too. When she finished her Bachelor’s, she was on such a roll that she earned a DePaul MBA with straight A’s.  I will never forget the look of accomplishment on her face when she proudly received her diploma, eight months pregnant with our first son, Mack.

When we decided to complete our family through adoption, I really saw what she was made of.  She took it on like she was running for Senator, using every resource available and she became an expert.  In short order, our house was filled with our beautiful children and I love them more than life itself.  Pulling together a successful adoption is a difficult task.  Having it happen three times is like making lightning strike on command.  Susan can make anything materialize.

She has a vision, but she also has that unique ability to make the vision into a reality.  When we bought a big, ho-hum house in the suburbs to fit all of these kids, she put pencil to paper and one year later, on a very tight budget, our house looked like we lived on Martha’s Vineyard.

Her vision is one of the reasons that her photography just works so well. I can’t even count the number of times people have told me that “Susan just sees something that other people haven’t, and she makes it come to life in her photos.”  Our house and her studio are full of Susan’s beautiful pictures –– lots of them are of our kids and friends, and of places we have visited –– but some of them are of people we don’t even know. They are just magnificent images and they brighten the environment by just being there. “Surround yourself with beautiful things” is the real description of life with Susan.

When I started open water swimming, the conversation evolved to the possibility of swimming the English Channel. I reminded her that the training alone would be a burden on our family, and that if she thought it was going to be too much, we would do something else. Susan is not a swimmer and didn’t grow up with athletics, but she had the response that really stitched everything together: “If this is something that you think you can do, and is something that you want to do, then you probably ought to go do it. As for our kids, they won’t have an opportunity like this ever again, so let’s make them the support crew.”  With that little stroke of genius, Susan has been the CEO of A Long Swim ever since.

I have often said that marathon swimming is the ultimate team sport. The swimmer is the one who gets his name in the paper, but it is the team that makes it to the other shore. In fact, without the team, the swimmer doesn’t even make it to the starting beach. It seems that every sport has a nickname for the teammate whose performance is most essential to the difference between success and failure; the quarterback, the point guard, the anchor leg, the captain, the closer. Marathon swimming doesn’t have a cutesy title for that person, so we will just call it “the Susan.”

A short list of what Susan does for A Long Swim

Here’s a little video that Susan took while kayaking in the middle of the night in the Catalina Channel:

And here’s a little video of Susan wiping out at the very end of the Catalina Channel swim: