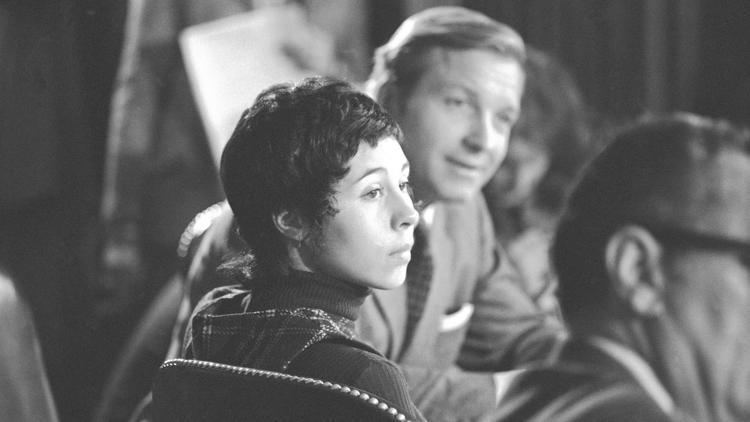 Ellen had the distinction of breaking a 188-year tradition when, in 1971, she and two other young women became the first females to join the ranks of pages in the United States Senate. Ellen, a 16 year-old junior in high school at the time, was appointed by Illinois’ senior US Senator, Charles Percy (R). Sens. Jacob Javits (R-NY) and Fred Harris (R-OK) appointed girls to be pages at the same time. They faced opposition in the tradition-bound Senate, but after subcommittee hearings, floor debate and a vote of the entire Senate, the U.S. Senate ultimately agreed that the gender barrier should fall. Percy’s confidence was justified, as Ellen was ultimately named as “floor boy,” essentially the captain of the Senate Pages. In recent years, she was instrumental in organizing and managing the Capitol Page Alumni Association, of which she was a life member.

Ellen was an outstanding student, athlete (swimming and marathon running), speaker, seamstress, and musician (vocal, piano and oboe). She earned a Communications degree at the University of Illinois with near-perfect marks, all while she was very active in the Delta Delta Delta sorority and a manager of the student-led organization that hosted concerts and other performances on campus.

After college, Ellen had a successful career in public relations with Burson Marsteller. Her PR specialty was crisis management, which she discovered suited her personality when she was on the team that managed the high-profile Tylenol poisoning case in Chicago in 1982. The Tylenol case is considered the gold standard for crisis management. While at Burson Marsteller, Ellen and her team won the Silver Anvil Award for excellence in public relations.

She was an energetic volunteer, serving many community organizations, including serving on Boards for public schools, a child care center and even a veterinary care center for a local shelter for cats. Ellen also mentored countless young people, using her boundless strategizing skills and enviable network to help young people get started in their careers and to bring people together.

In 2006, shortly after Ellen’s father, Dr. David McConnell, DVM, passed away from ALS, she was diagnosed with the same horrific disease for which there is no cure. Ellen lived with ALS for 12 years, which is a testament to her indomitable will and strength. In a partnership with her brother in 2011, Ellen co-founded “A Long Swim,” a nonprofit that both borrows the ALS acronym and is dedicated to raising funds for collaborative ALS research using open water and marathon-distance swimming.

Ellen is survived by her sons, Bennett and Brenten Blakeman, as well as a sister, Martha McConnell, a brother Douglas McConnell, a sister-in-law Susan McConnell, her mother, Bonnie McConnell and an uncountable number of friends and colleagues.