Swimming and ALS, Perfect Together 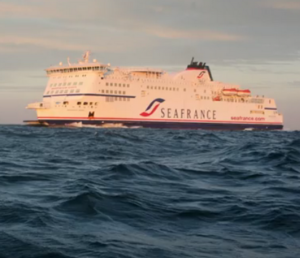 For the ALS patient, or for the people who love them and care for them, hearing the ALS diagnosis carries with it an overwhelming feeling of powerlessness. It was that powerlessness that made us want to do something. Raising money to dedicate to ALS research was what would make us feel less powerless, so we came up with a creative way to do that. We settled in on swimming; not just pool swimming, but open water swimming as the ultimate test of endurance.

As a sharp contrast to the loss of someone’s ability to use their muscles, swimming requires the use of all of the muscles, all of the time. Open water swimming is said to be the fastest growing sport in the world, but it is still something of a niche sport, and ALS is a niche disease.

We informally started A Long Swim in 2011, and formalized it as a nonprofit in 2015. A Long Swim now has three separated but related initiatives, including Marathon Swims, Athlete Sponsorship, and Competitive Open Water Swims.

These swims have attracted a good deal of notoriety across the US.  Between magazine and newspaper articles, radio and TV interviews, A Long Swim has enjoyed a wonderful amount of publicity.

A Long Swim sponsors a team of triathletes, wherein the athletes wear distinctive A Long Swim apparel in exchange for dedicated fundraising on behalf of the nonprofit.  Between local Sprint and Olympic-distance triathlons, to the Chicago Triathlon (with 8,000 athletes), half-Ironman and full Ironman events across the US and Canada, these A Long Swim ambassadors have been extraordinarily successful in spreading the important message of collaborative ALS research.

Are you a triathlete, and are you interested in being on the A Long Swim Triathlete team?

The unfilled demand for these swims stems from triathlon, which is a very popular sport in the Chicago area. The Chicago Tri alone attracts 9,000 athletes every year, and the International Triathlon Union event a few years ago really put Chicago on the triathlon map. For triathletes, there is an uncountable number of running event alternatives for training purposes. The number of cycling events is almost as large. The number of swims that are available, even in a market the size of Chicago, could be counted on a few fingers. Ironically, swimming is the sport in which most triathletes need the most work, as it tends to be most triathletes’ weakest event.

We now host a well-attended series of two events, all in the Chicago Suburbs. The 2019 schedule is:

Beginning in 2015, A Long Swim initiated the plan to host an open water swim in the Chicago River. Other cities around the world have coined the term “urban swims,” which is a good description of capitalizing on an urban waterway (many of which have been hopelessly polluted in years past, but have experienced significant turnarounds in terms of cleanliness) as a way to showcase their cities from a unique perspective. Cities that have turned urban swims into realities include New York, Boston, Portland, Paris, London and Amsterdam. The next city is Chicago.

Competitive swims were held in the Chicago River with some regularity through the 1920s, but discontinued because of fouled water. The River has spent most of the next 100 years being terribly polluted, and the City’s reaction was to largely turn its back on that unique body of water.

As the Chicago River flows from Lake Michigan to points south and north, the River has gone a long way to clean itself as industry has complied with environmental regulations. In addition, the Metropolitan Water Reclamation District (MWRD) built and activated water sterilization plants on both the North Branch and the South Branch in 2016, and now reports that the River is swim safe. Other catalysts for the remarkable environmental turnaround for the Chicago River include the Mayor and City Hall, the City Council, as well as key nonprofit organizations like Friends of Chicago River.

Further, A Long Swim has identified the need to upgrade the water safety of Chicago residents, particularly children. To address that, A Long Swim plans to use the Chicago River Swim to support Make A Splash, which is a learn-to-swim nonprofit that would be a partner to Chicago Park District. Our goal is to be able to use that structure to teach 2,000 Chicago children to be safer around the water.

The target date for the inaugural Chicago River Swim is September 2019.